Christian Slade Garza is in his 5th year of teaching and coaching in Hereford. He was born and raised in Hereford, and moved in 2011 when he graduated from HHS. Coach Garza attended West Texas A&M University where he attained his B.S. in Psychology in 2014. After WT, he went on to study at Denver Seminary's West Texas branch at Hillside Christian Church, where he worked towards his Master's degree in Divinity (but did not finish).
Coach Garza met his wife, Jessica, in 2008 at Hereford High School (another thing to thank Hereford for), and they've been together ever since. She is a school nurse here in Hereford at West Central. They have one daughter, Isla, and are expecting a son in January!
"You have been chosen, and you must therefore use such strength and heart and wits as you have." -J.R.R. Tolkien
"The task of the modern educator is not to cut down jungles, but to irrigate deserts."
"Education without values, as useful as it is, seems rather to make man a more clever devil." -C.S. Lewis
"The function of education is to teach one to think intensively and to think critically. Intelligence plus character - that is the goal of true education.""Darkness cannot drive out darkness; only light can do that. Hate cannot drive out hate; only love can do that." -Martin Luther King Jr.
"The best way to find yourself is to lose yourself in the service of others." -Mahatma Gandhi
"The test of the morality of a society is what it does for its children." -Dietrich Bonhoeffer 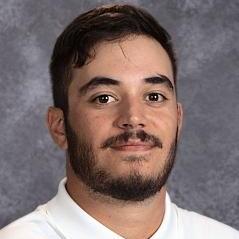